Home Blog THE ‘FUNNY’ SIDE EFFECTS OF LAUGHING GAS

THE ‘FUNNY’ SIDE EFFECTS OF LAUGHING GAS 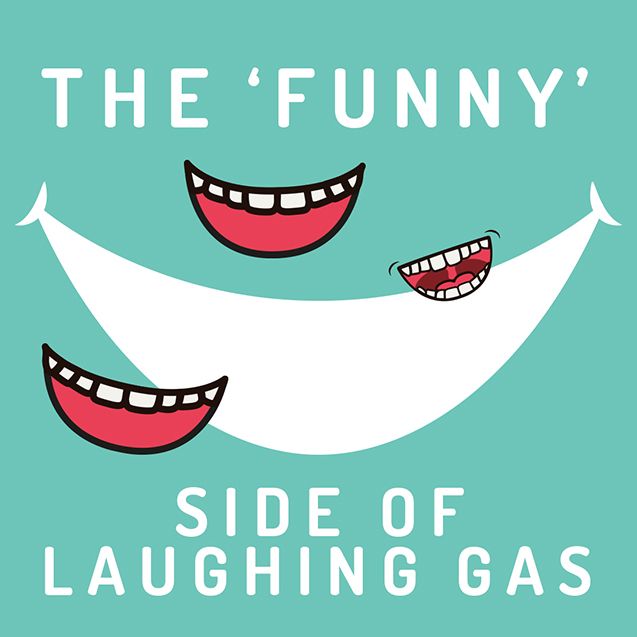 Laughing Gas, or nitrous oxide for the science buffs, wasn’t invented so much as discovered in 1799 by chemist and inventor Humphry Davy. And when we say “discovered”, it’s more along the lines of “I wonder what would this do to people if it was inhaled?”

The experiments began, firstly on himself, then, after realizing it wasn’t fatal (except if taken in extremely large doses), Davy allowed others to partake in the trials.

After initially trialing it on his patients, he then started testing it on perfectly healthy people like friends and family (including the heir to a pottery empire, the future compiler of Roget’s Thesaurus and two notable poets). As a scientist, he requested that all his subjects record their experiences.

One such record of the testing is below:

“[When] I first inspired the nitrous oxide, I felt a highly pleasurable sensation of warmth over my whole frame, resembling that which I remember once to have experienced after returning from a walk in the snow into a warm room. The only motion which I felt inclined to make, was that of laughing at those who were looking at me.” (Samuel Taylor Coleridge http://www.smithsonianmag.com/smart-news/heres-what-it-was-discover-laughing-gas-180950289/)

While the effects of laughing gas on patients has not changed since 1799, the recording methods of the effects have improved greatly.

Where once a reflective, written record was the only way scientists could gain first hand insight in to the effects of treatments on their patients (apart from personal observations), we now have video.

On video sharing sites such as Youtube, there is a treasure trove of videos that parents and friends have uploaded featuring their loved ones experiencing the effects of laughing gas.

Apart from being amusing, these videos can also prepare you for the possible reaction your child may have to the effects of common anesthetic:

Best Wisdom Teeth Aftermath (Catwoman & Super Powers)
Two siblings have their wisdom teeth removed, but one has a far greater reaction to laughing gas than the other.
https://youtu.be/IWKPmfOrlGI

Jack After Wisdom Teeth Removal
Jack (the hero) shares his unique perspective on love, life and his leaking face. Along with deep questions like “who built the ocean?”
https://youtu.be/pdA_T9UMKlg

Brothers Convince Little Sister of Zombie Apocalypse
With a little forethought and planning, you too could convince a sibling or child the Zombie apocalypse has begun. Hats-off to the brothers for effort they put in to the prank, and to mum for getting involved.
https://youtu.be/-hVWEefD5ag

While we don’t encourage you to film your children for the laughs, these videos do provide a unique insight in to the possible effects laughing gas will have on your children if they ever need it.

As with all drugs there are risks associated with misuse so it should only ever be administered by a dentist who is familiar with your medical history and knows whether laughing gas is an option. Speak to the friendly team at Somerset Dental about what the best procedure is.